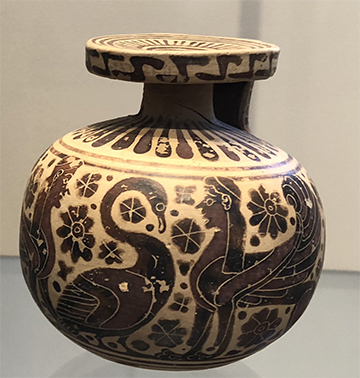 An Aryballos a very common vessel used in ancient greece. They were carried by a leather thong either held in the hand or wrapped around the wrist. Photo by Lucky Meisenheimer.

This piece of Greek pottery art has been promoted for decades, mistakenly as “Greek youth playing the yo-yo”.  Photos have appeared in multiple books and articles on the history of the yo-yo and the Museum Artes in Berlin continues to describe it as such. I also mistakenly wrote about this artwork in my book “Lucky’s Collectors Guide to 20th Century Yo-Yos – History and Values” that this was evidence for a Greek origin of the toy. There is an old medical saying when trying to diagnosis disease “If you hear hoof beats, and you live in Kentucky, think of horses, not zebras”.  There is no evidence that the yo-yo was part of Greek society, but there is a plethora of evidence suggesting the aryballos was a personal item ubiquitous throughout the greek culture. An aryballos is a small spherical flask (it does not always have to be spherical) that was attached to a leather thong.  It held perfume or oil and is frequently depicted on ancient Greek pottery. Here we have a case of the yo-yo being the zebra and the aryballos being the horse. 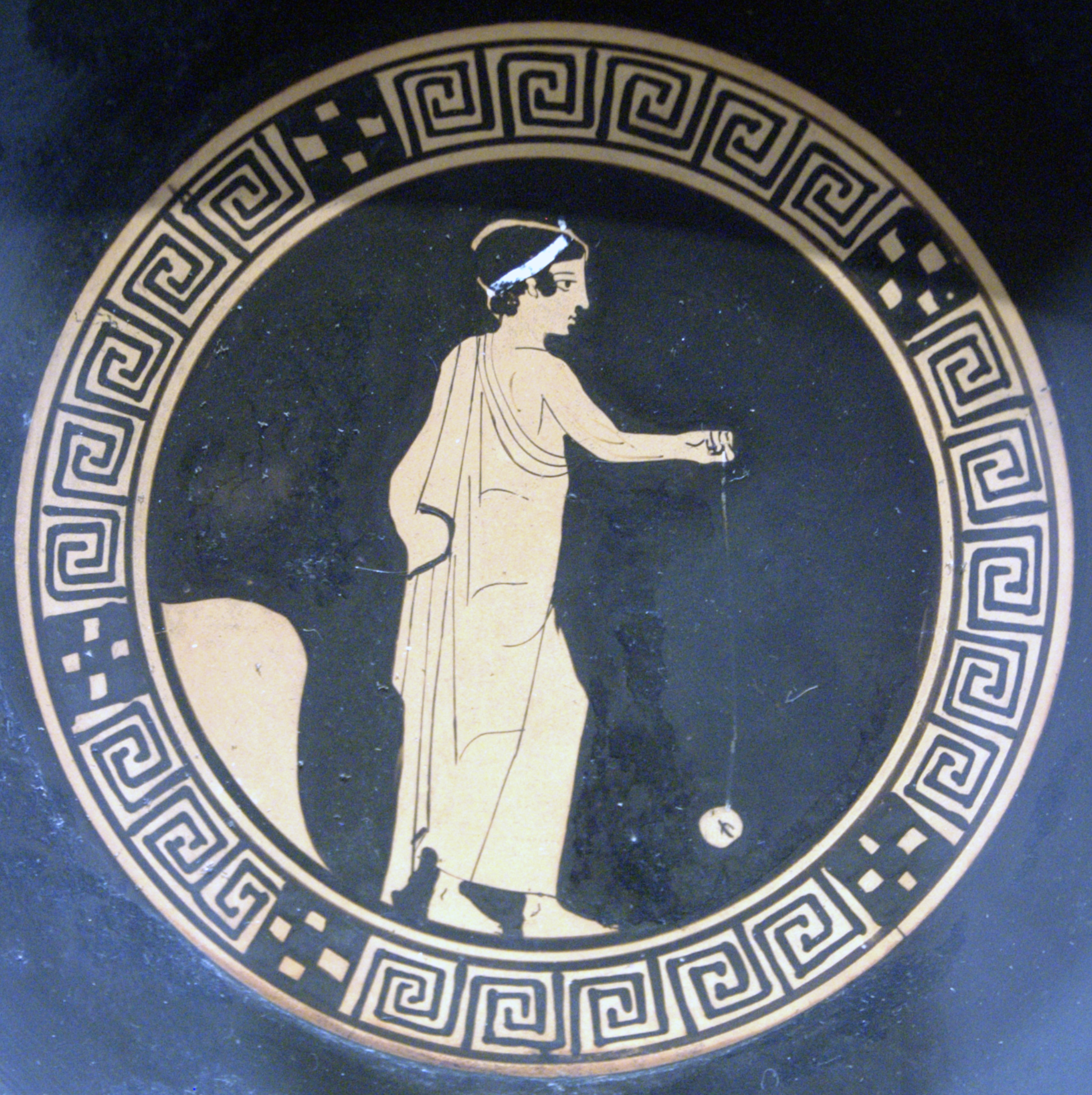 Photo from the Artes Museum Berlin.

Greek holding an aryballos. Notice the similarity to the other artwork. 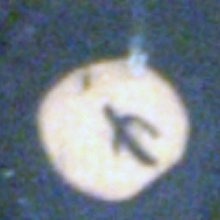 Close up of the Aryballos please note the markings. From the previous photo.

An aryballos hanging on a wall notice the similar markings to the other aryballos.