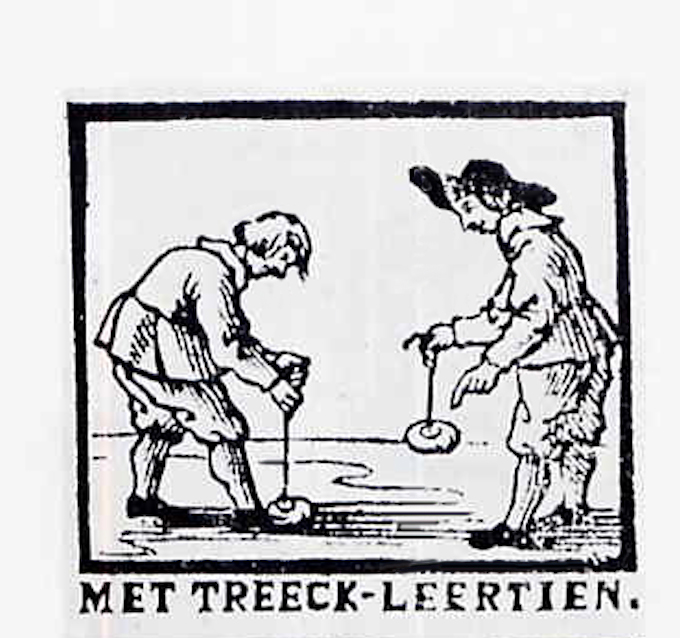 Early illustration of Zuigertie being used on a road. Note the similarity to the Dutch tiles.

In the mid-1600s there was a growing need for earthenware tiles that were used to line fireplaces, as they were heatproof and easy to clean. The art of decorating tiles with a tin glaze centered in the Dutch cities especially in the town of Delft. Tiles from that period are often referred to as “Delft Tiles”. Many of these tiles from the mid-1600s illustrated day to day scenes including children as play, from swings to whip tops many children’s activities were documented. However, occupations and common scenes of adult activities were also recorded. Zuigertie or suckers were made of a round piece of leather, a rope or leather thong was inserted the center. After wetting the leather suction could be put on the smooth cobblestones allowing them to be moved. The confusion came when hundreds of years later tiles were being classified by what the reviewers thought they were seeing. Since yo-yos currently are more common than stone pullers it was mistakenly assumed the tiles depicted children playing with yo-yos. This resulted in stone puller tiles being erroneously displayed in museums along with tiles showing youth at play. Many thanks to Robert Race for pointing out the historical errors. 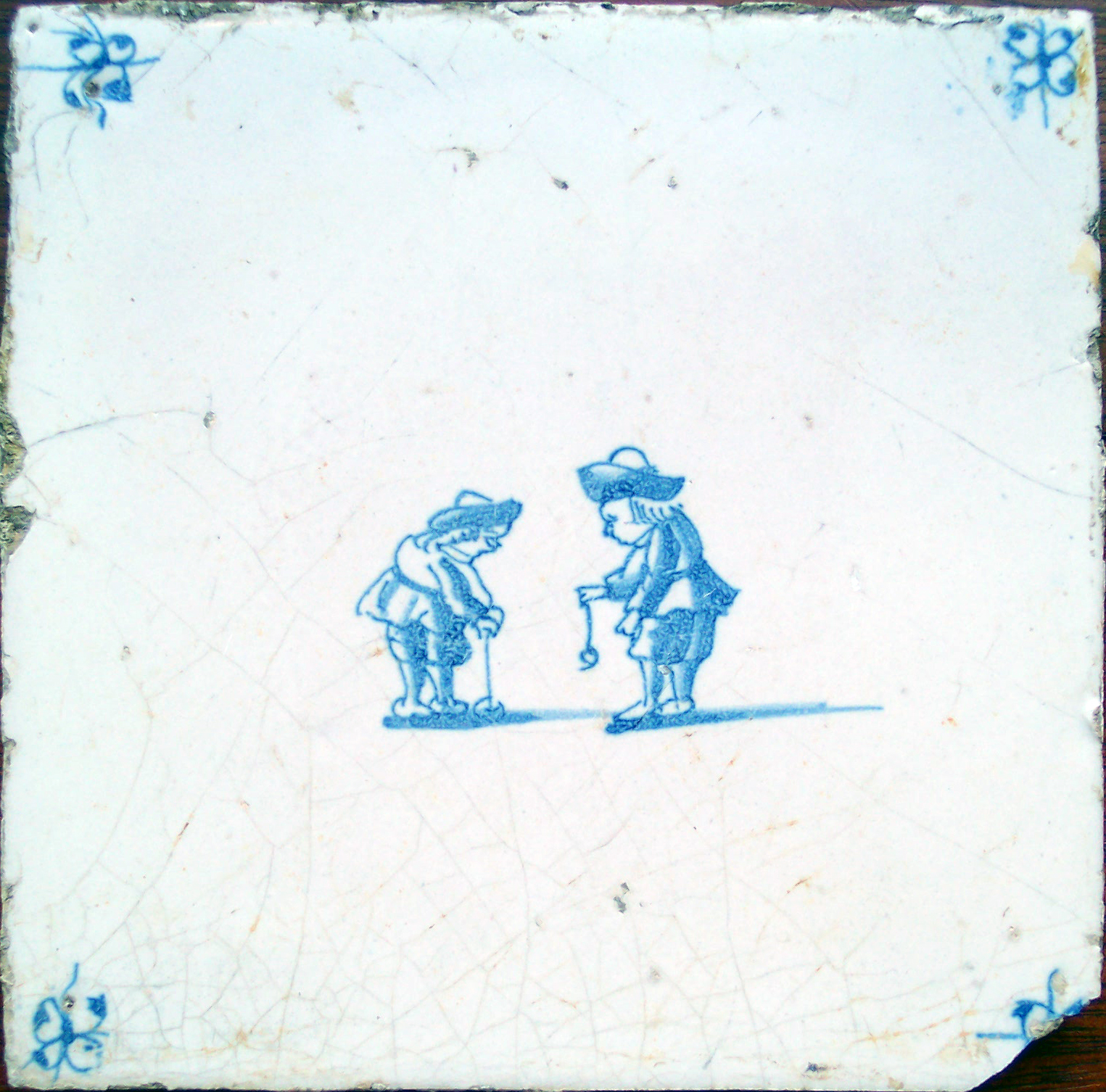 Originally classified as children at play with yo-yos. We now know that these are stone pullers. Note the one figure pulling the leather thong with both hands. From the Meisenheimer Collection.

Another Dutch/Delft tile from the 1640s showing stone pullers. From the Meisenheimer collection.