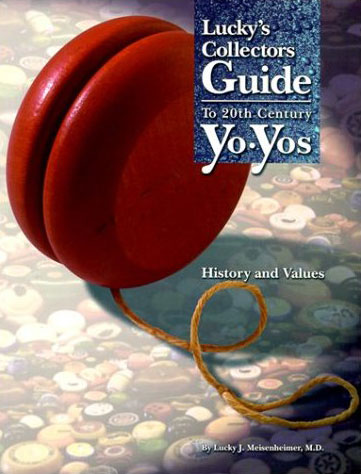 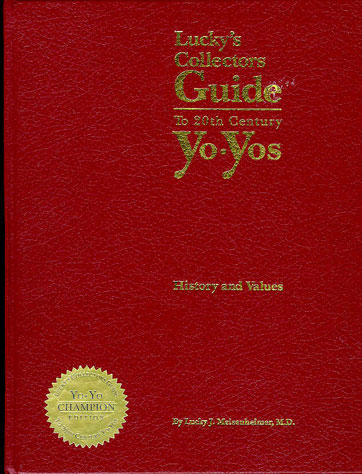 Given Collectors Books for Buying Yoyos, there are two “Champion Editions” one which is hardbound and the other softbound.  The Champion editions are not sold retail and can only be acquired by winning a competition which gives these as awards.  Each “Champion Edition” has a foil seal in the lower left hand corner designating it as a Yo-Yo Champion Edition. Hardback volumes are all signed and numbered and given to the National,

International and World one and two hand yo-yo champions.  Softbound champion editions are given as awards in many AYYA sanctioned contests.

Event directors with AYYA sanctioned contests interested in the champion edition as a donated award contact us at LuckyJ@MSN.com for requirements.

Two hundred hardbound collectors editions were produced.  These are all signed and numbered.  These were not sold retailonly provided as gifts to those that provided information for the book and certain individuals in the industry.  Some of the hardbound bookshave been reserved as “Champion Editions”

A softbound champion book has been reportedly sold for $75.00 this is more than 2 1/2 times retail value.  Rumored offers of $150.00 plus for a hardbound collectors edition have surfaced but so far no takers.