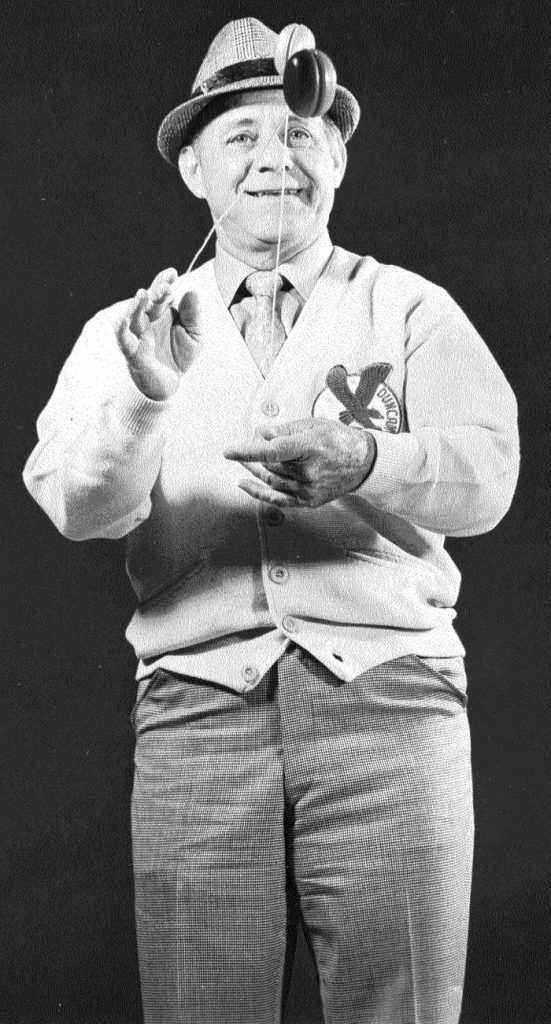 Barney Akers was one of the most well-known and revered Duncan Yo-Yo demonstrators. Akers demonstrated the Duncan Yo-Yo for decades and was considered one of the best players of his time. He may have trained more professional demonstrators than any other individual in the art of the yo-yo. Akers had his personalized style of play, and players who learned from Akers were frequently called “Barney players” as his particular yo-yo style was very apparent. In addition to his hands-on demonstrations, Akers was featured in Duncan demonstration films had multiple television appearances and personal appearances. He continued to play the yo-yo throughout his entire life. 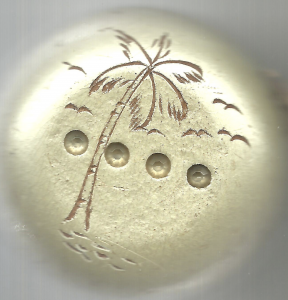 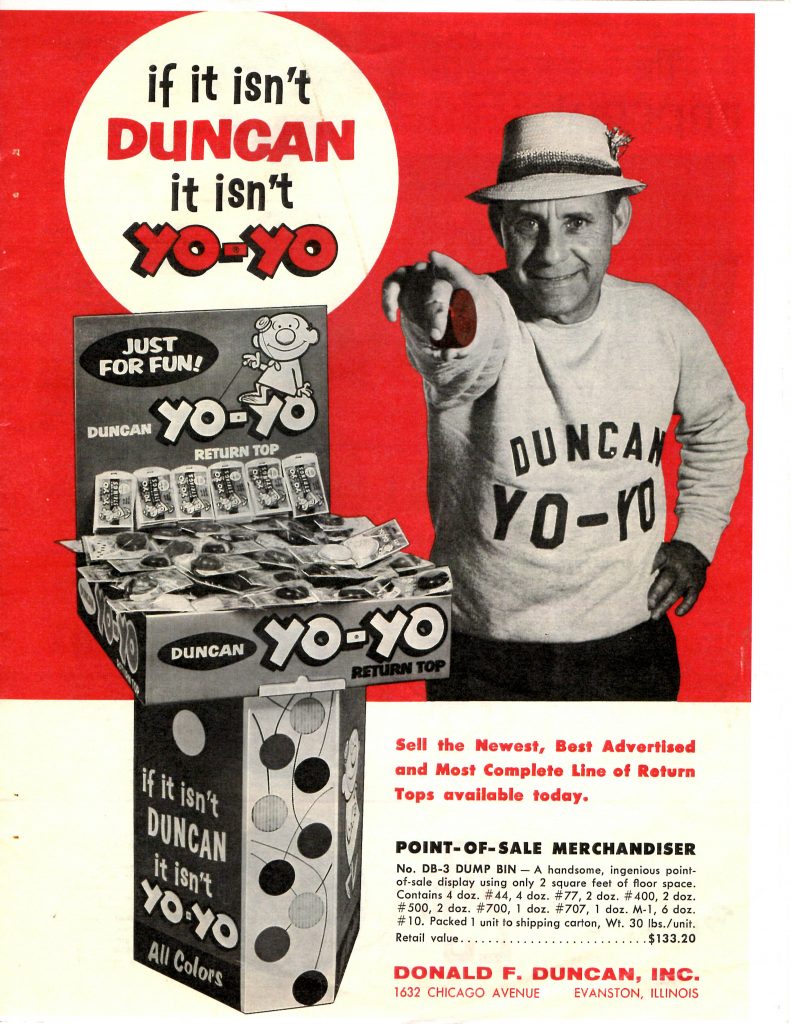