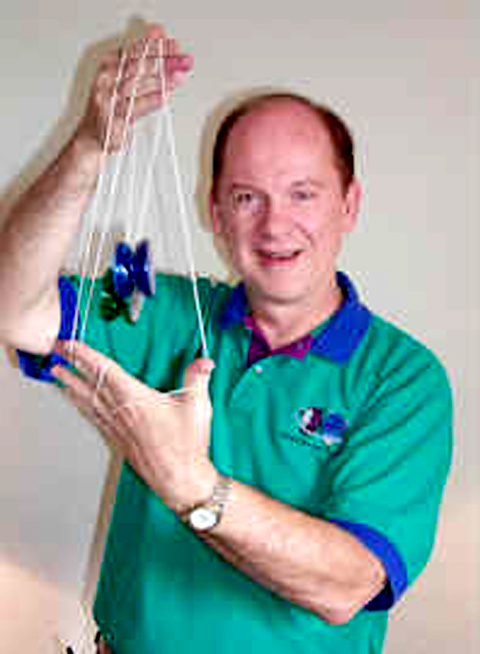 Dale Oliver started with Duncan as a part-time pro in 1955. In 1957 he became a traveling pro and has been a yo-yo professional ever since. He founded his own yo-yo company, Oliver Toys, in 1995, which is now known as Spintastics and has developed a school program, “Yo-Yo Fun and the Science of Spin,” that taught yo-yoing to more than 40,000 children a year. A true dynamo, Oliver, has set world records over the years, been a world champion, is considered the father of freestyle yo-yoing. He is credited with inventing the regenerated trapeze and the behind-the-back catch, off-string trick. Dale was also one of the four inaugural recipients of the “National Master” Award, founded the A.Y.Y.A., and has been instrumental in developing the World Yo-Yo Championships. He is married to Valerie Krantz, one of the most highly regarded female yo-yo professionals.