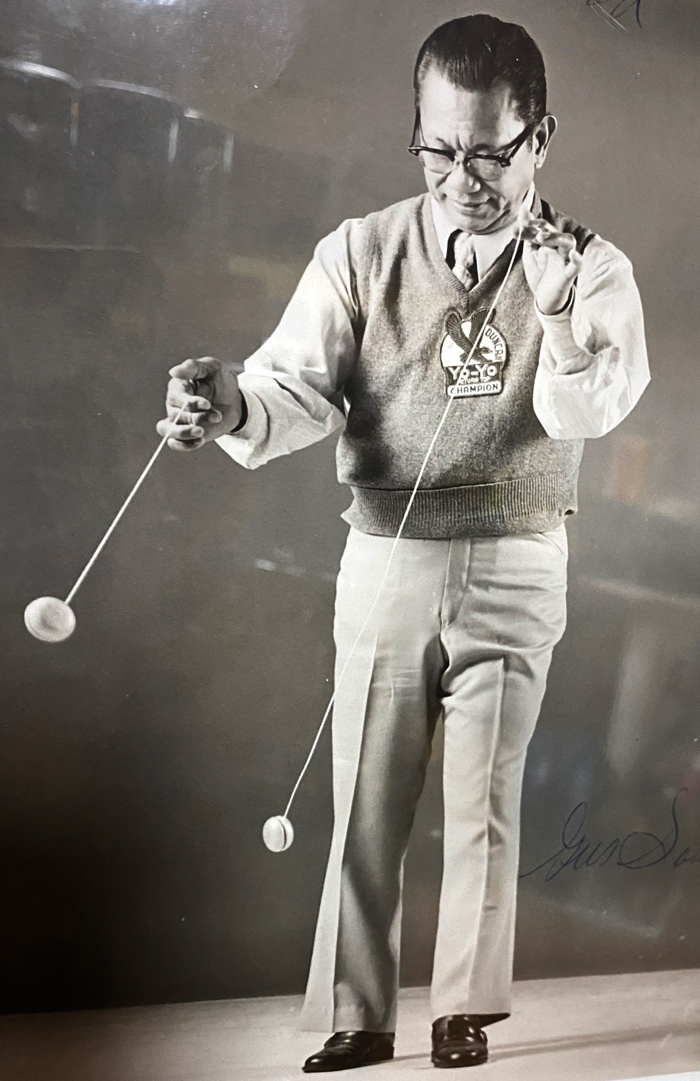 Gus Somera made himself a legend as a yo-yo demonstrator, not based on skill and unforgettable performances, but a commitment and congeniality for his chosen profession. Although known to many as Gus Somera, his real name was Sotero Parpanea, using Somera as his lifelong performing name. An immigrant from the Philippines, he was one of the original crew of Duncan Filipino demonstrators recruited by Pedro Flores in the early thirties.

Somera’s career spanned six decades as a yo-yo demonstrator working for the Donald F. Duncan Company and Duncan/Flambeau.
His likability only overshadowed his longevity as a demonstrator. Somera was always willing to make an effort to carve an island scene on a yo-yo or spend a little more time with a student until the trick was mastered. All that speak of Gus Somera remember his good nature and patience as they were trying to become skilled at the yo-yo.
He was described as a pied piper with the yo-yo. His constant companion and working partner was his Brother George Somera, and together their promotions and contests impacted hundreds of thousands of children interested in acquiring yo-yo skills. In addition, their constant touring over the entire country led Somera to say, “There is not a city of any size in this country that I don’t know my way around in .” Unfortunately, Gus Somera died at the age of 82 in 1990. 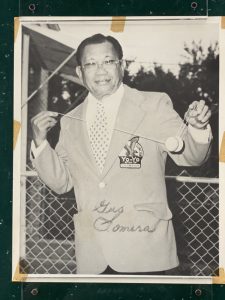 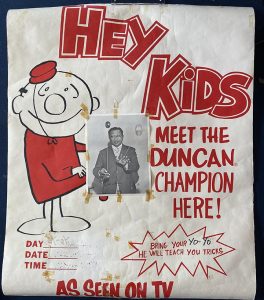