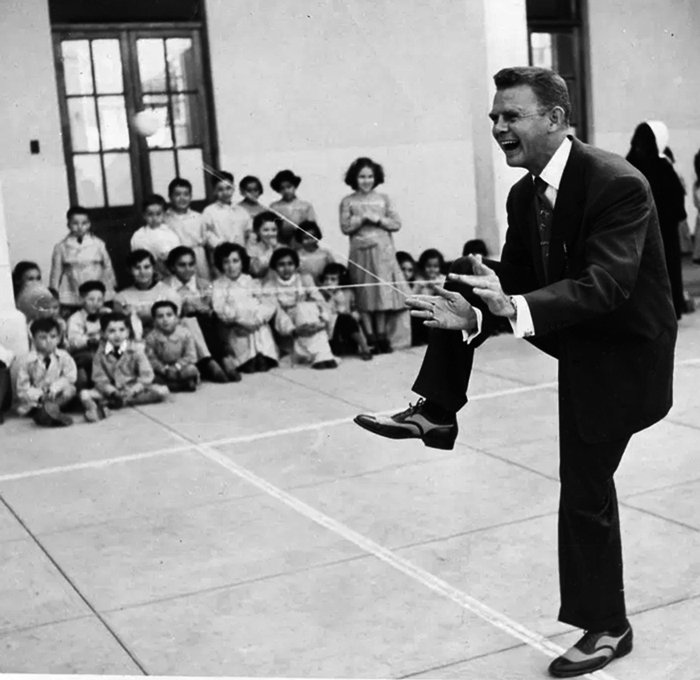 Jack Russell, the founder of the Russell Yo-Yo Company, began his yo-yo career as a Duncan demonstrator in the 1940’s. His signature trick was called the Hula. In the ’50s, Russell put together a foreign promotion division called DRI (Duncan-Russell-Ives), working with Duncan. After the death of Ives, Duncan’s brother in Law, Russell bought purchased the foreign division from Duncan as Duncan wanted to concentrate on US sales exclusively. This former DRI division became the Jack Russell yo-yo company, which produced the Russell Yo-Yos from 1958 and continues to this day. Although not as widely recognized in North America, foreign Russell/Coca-Cola yo-yo promotions have made the Russell yo-yo the most recognized selling yo-yo worldwide. Over half a billion Russell yo-yos have been sold worldwide. During the late sixties, seventies, and early eighties, there were few yo-yo promotions in North America. However, with the sponsorship of Coca-Cola, Russell contests flourished in other areas of the world. Although Russell no longer runs the Russell Yo-Yo C, the company continues to produce and promote the yo-yo through his sons. Jack Russell was the recipient of the Harvey Lowe lifetime achievement award at the world yo-yo championships in 2001. On March 17th, 2004, Jack Russell passed at the age of 83. 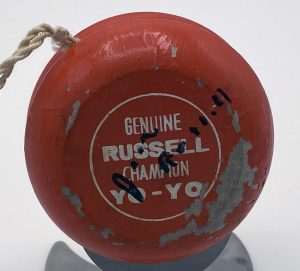 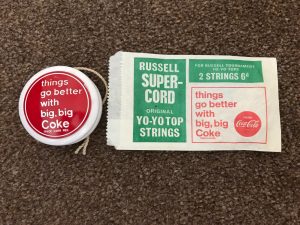 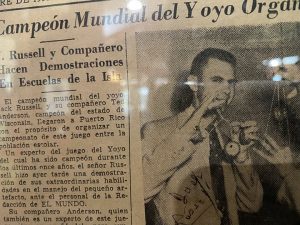