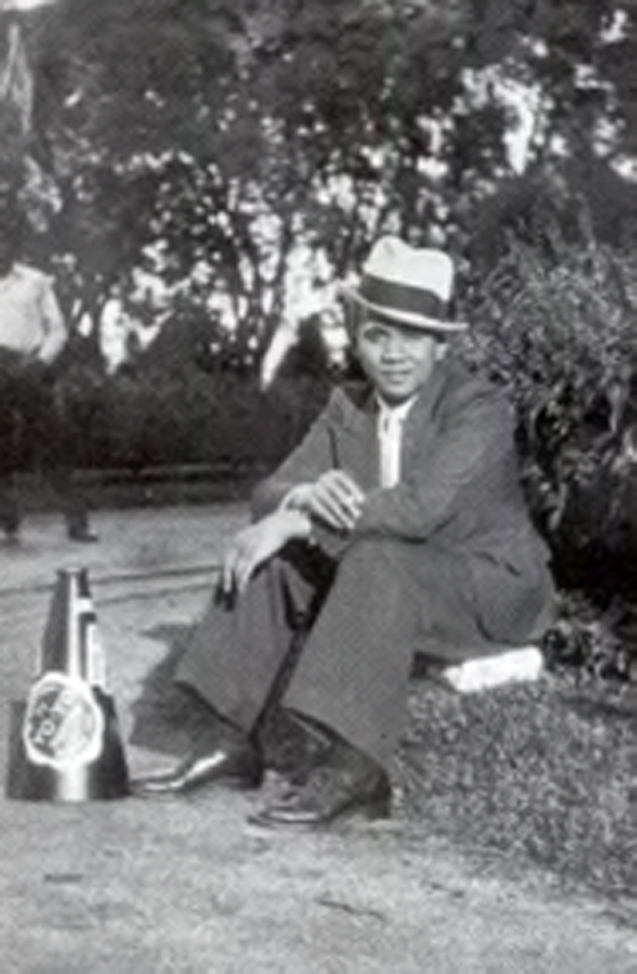 Joe Radovan was born in the Philippines in 1909; as a Filipino immigrant in 1930, he moved to Los Angles and searched out fellow countrymen. The first he met was in a pool hall, and they were playing a Flores yo-yo. After mastering the yo-yo, he started in the yo-yo trade through the Duncan Yo-Yo company as part of their earliest crew of yo-yo demonstrators under Pedro Flores. Promoted as a Duncan World Champion, he toured the US, Europe, Brazil, and Portugal with Duncan. He even gave a command performance before the prince of Spain. In 1937 Joe Radovan left the Duncan Company and began his own yo-yo company, The Royal Tops Manufacturing Company. Radovan became one of Duncan’s fiercest competitors. In 1951, he filed a court action for a judgment to determine the validity of Duncan’s trademark “Yo-Yo.” Radovan dropped the suit when Duncan offered an exclusive license to Radovan. Radovan would frequently shadow the more extensive Duncan promotions and sell his yo-yos. After the license expired, he continued to use “yo-yo” on his yo-yos. Duncan brought legal action in 1961, which resulted in a four-year battle in which Duncan lost the trademark rights to the word “yo-yo.”

Radovan continued to promote yo-yos for Royal until the early 1980s.
Radovan loved the yo-yo, and although he had other promoters that helped with his Company, Joe Radovan was the leading promoter for Royal yo-yos. Radovan had designed patents for yo-yos produced and over the decades produced scores of different yo-yos that are highly sought after by yo-yo collectors. 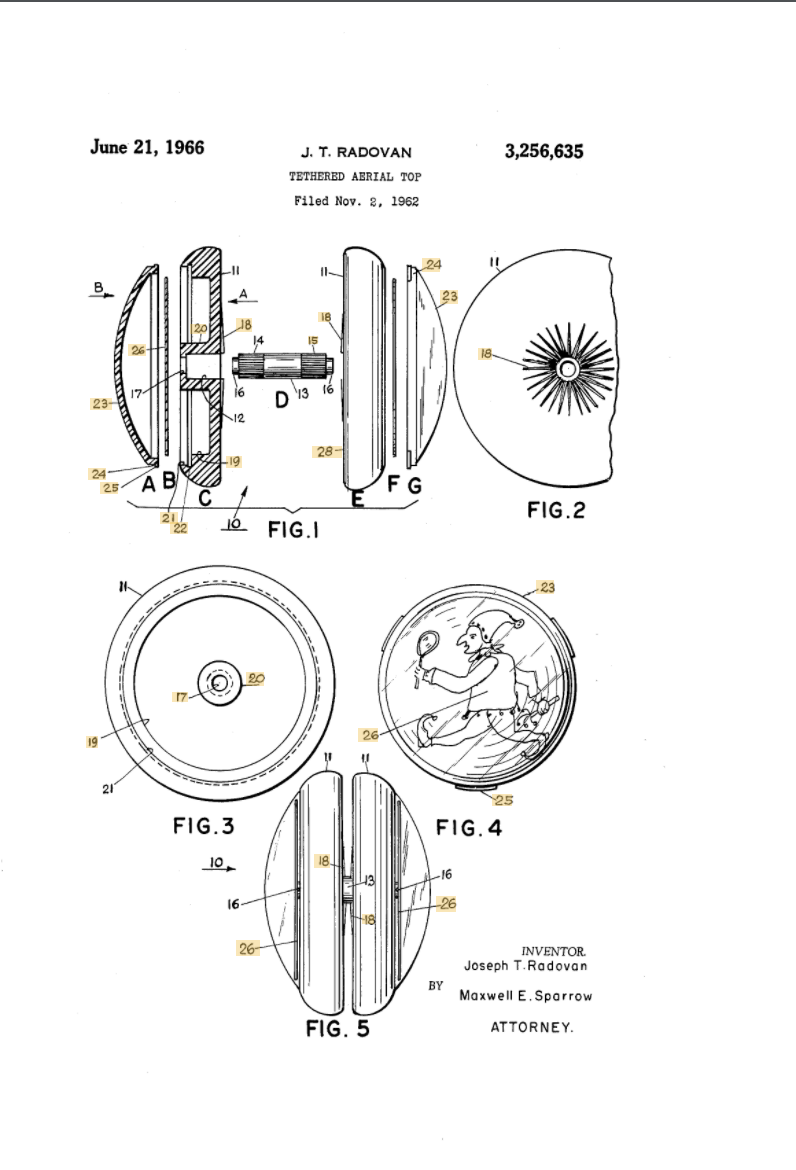 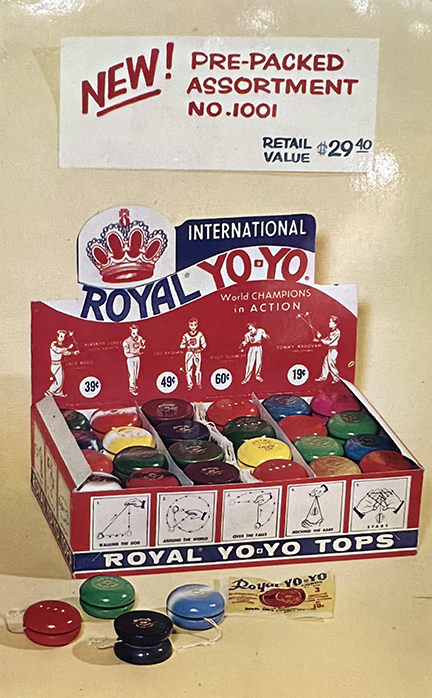