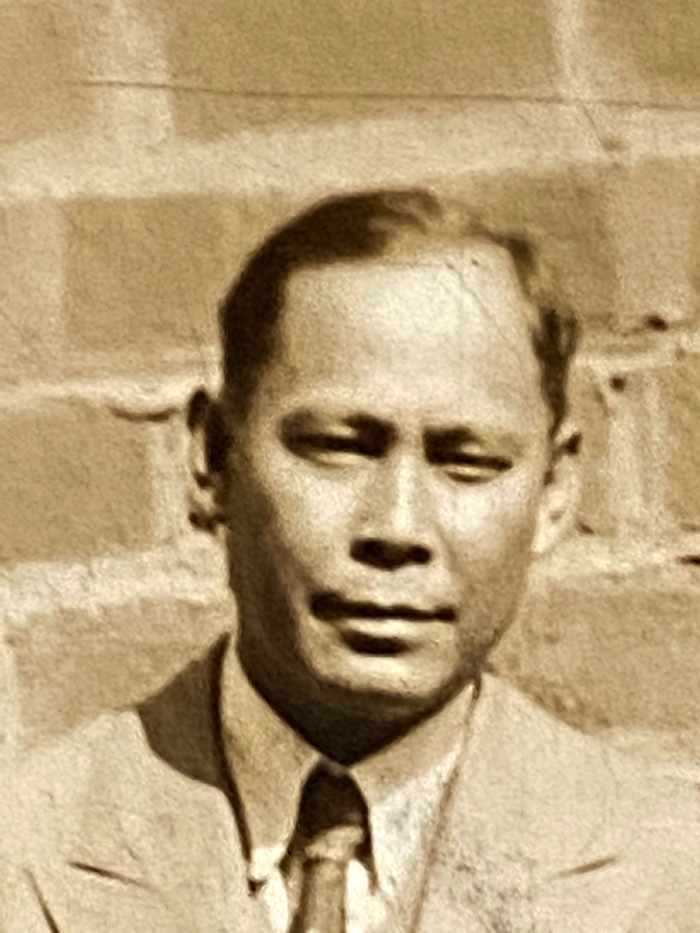 Pedro Flores is the “Father of the Yo-Yo” in the United States. Pedro Flores, a Filipino immigrant, introduced the word “yo-yo” to the United States and began producing yo-yos trademarked by that name in 1928. The introduction of the Flores yo-yo created the first American yo-yo craze, and Flores received credit for holding the first American yo-yo contest in Santa Barbara, CA, in 1928. Flores is the original yo-yo demonstrator and campaign director, recruiting other Filipinos as part of his crew. In his early years, he worked closely with Jerry Shrunk, his brother-in-Law, who would have been the first American-born yo-yo demonstrator. Flores is also credited with introducing the slip string to the yo-yo, the first Jeweled yo-yo, carvings to yo-yos, and designing the first metal whistling yo-yo. In the late 20s, Flores yo-yo companies were producing thousands of yo-yos. Pedro Flores ultimately lost the Flores yo-yo trademark name to Donald Duncan in 1930, but Flores continued to promote the yo-yo under Duncan’s name in the early 30s. Flores also coined the phrase “If it isn’t a Flores, it isn’t a yo-yo,” which the Duncan yo-yo company used in later years. For collectors, Flores yo-yos are some of the most highly sought-after yo-yos. After leaving Duncan in the 30s, he set up the Bandalore company, briefly making the yo-yo. After World War II, Flores helped Joe Radovan establish the Chico yo-yo company and demonstrated for Radovan using Chico and Royal yo-yos in 1954. He was also one of the main demonstrators for the Goody yo-yo Company. After that, Flores started the Flores Corporation of America, which briefly produced another line of Flores yo-yos in the ’50s. Flores used Linda Sengpiel, a Hall of Fame inductee, as his sole demonstrator. He continued to promote yo-yos until he died in 1964. 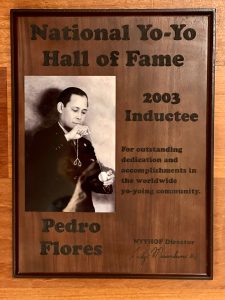 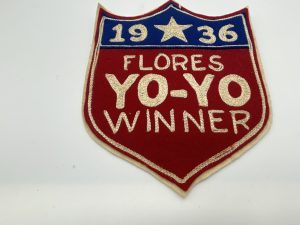 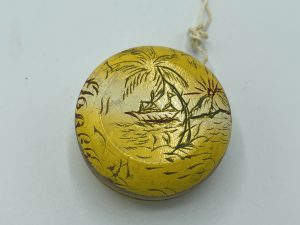 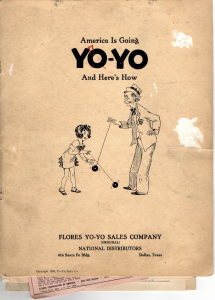 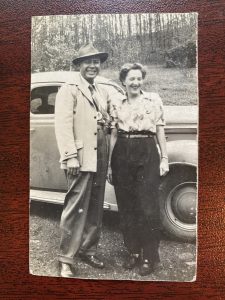 Pedro Flores with his wife.